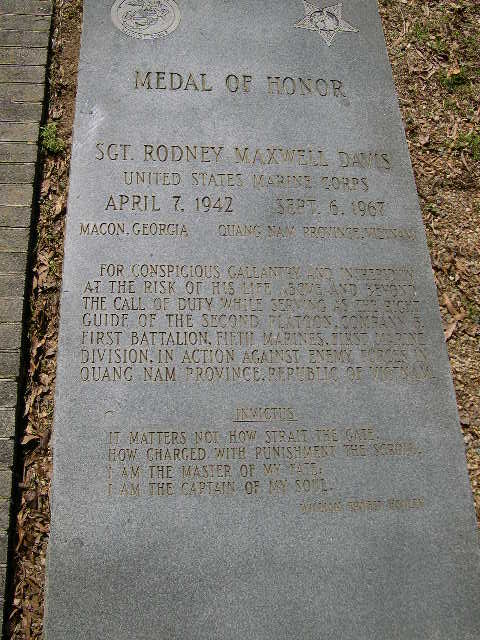 Rodney M. Davis (1942-1967) was a resident of Pleasant Hill who joined the Marines and fought in Vietnam in 1967. When a grenade was launched at his platoon, he used his body to absorb the blast and save his fellow soldiers. He was posthumously awarded the Congressional Medal of Honor and had a Navy ship named in his honor. His grave and a memorial are at Linwood Cemetery. Davis' uniform and Medal of Honor are on display at the Tubman Museum.