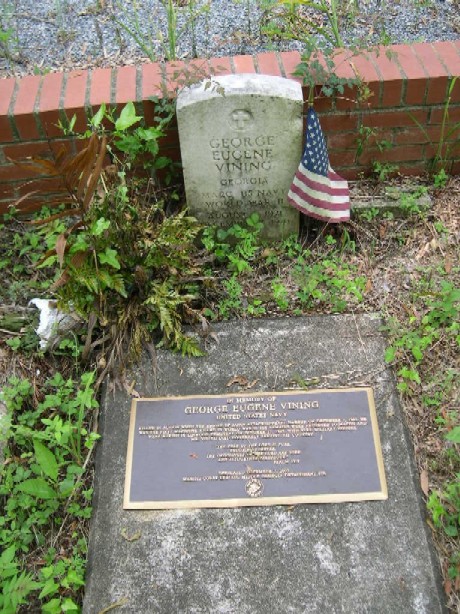 George Eugene Vining (1921-1941) lived in Pleasant Hill where he attended LH Williams grammar school and Ballard High School. He enlisted in the U.S. Navy in 1940 and was sent to Pearl Harbor where he served aboard the U.S.S. California. He was the first person from Macon to lose his life in World War II. A total of 102 sailors died when their ship was attacked by the Japanese. George Vining was buried with full military honors.